Veteran caterer Laura Gossett serves up southern comfort through catering from her event venue in downtown Murfreesboro. She pairs Southern traditions with her roots in a Jewish community in Chicago and Italian influences. Gossett started her restaurant career in management at Demos’ Restaurant before catering her first event — her daughter’s prom where served 60 friends. This opened up an opportunity to cater her first wedding, and soon she was catering 18 events while opening and managing a new Newk’s location. Now Gossett caters from her kitchen and event venue on North Maple Street in downtown Murfreesboro. 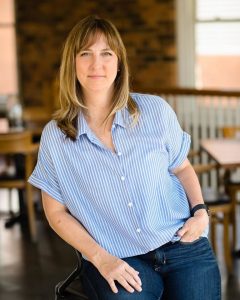 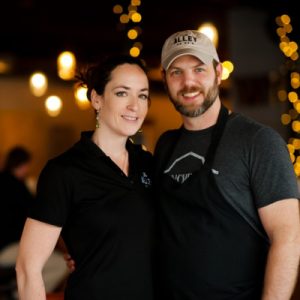 Christy and Shawn Hackinson, The Alley on Main

Shawn and Christy Hackinson opened The Alley on Main in November 2014 as a testament to the healing power of good food and family.
Inspired by the alley that Shawn grew up in, the restaurant’s recipes come from his family and the meals his mother cooked for the neighborhood’s army under the shadows of grapevines and fruit trees.
Since the restaurant opened, people have come to the Alley to see their friends at neighboring tables, as well as share hugs, handshakes and pasta made with love.

Chantell and Matthew are the chefs and owners of Simply Pure Sweets, 118 N Walnut St. in Murfreesboro. Growing up in the kitchen with her mother and grandmother, Chantell fell in love with all things food and led her to study culinary arts, baking and pastry arts and nutrition in college.

After graduating from Johnson & Wales University with multiple degrees, she worked in hospitals until an unforeseen opportunity came knocking. In early summer 2015, she moved back to Tennessee and opened Simply Pure Sweets. Matthew is known lovingly as the Bread Man and makes the most delicious breads. Most recently, you can find his specialty buns at The Alley on Main and Primrose Table. 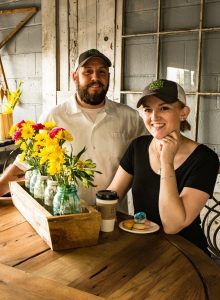 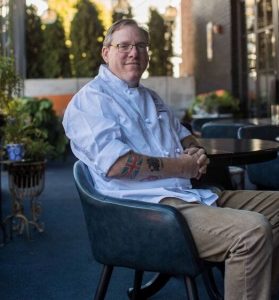 Jason Matheson  has spent time in the kitchen’s of Nashville’s Watermark, Marsh House, and Cork & Cow. he started his career at 101st Airborne and New Orleans Seafood Manor.

Primrose Table is the best of fine dining and casual hospitality. Matheson uses simply crafted and made-from-scratch recipes to create his own brand of comfort food. The utmost attention to the quality of ingredients and preparation techniques ensure Primrose Table delivers a quality and consistent dining experience every time.

More than 15 years ago, Mitchell Murphree brought a new concept to Murfreesboro when he opened Five Senses Restaurant & Bar. The Paris, Tenn., native with his sister Mollie Murphree opened the restaurant with the goal of bringing a fresh, healthy and local approach to dining. A graduate of the Culinary Institute of America in Hyde Park, New York, Mitchell Murphree became sole owner of Five Senses in January 2011.

Over the years, other restaurants have followed Murphree in creating seasonal menus made with fresh seafood, locally sourced meat and produce from local farmers.

He has plans to open  steakhouse | five, an upscale steakhouse in the Fountains shopping facility in January 2019. 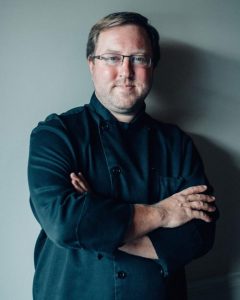